People who love the outdoors may be inclined to walk or run out on Dallas, Texas public roadways. There might be several reasons for participating in these activities, such as sightseeing or not having to pay for gas on a short trip. They are also a good form of exercise and may be appealing to someone wanting to stay or become healthy.

However, being exposed near busy roadways can be dangerous, as motorists may be impaired, negligent or inattentive. Close to 6,000 pedestrians were struck and killed in 2017, according to the Governors Highway Safety Association. Between January 2017 and June 2017 in Texas, there were approximately 263 pedestrian deaths. That’s the 13th highest in the country according to the State Highway Safety Offices.

Millions of people cross roads on foot every day. When all goes well, vehicles and pedestrians share the road with no problems. But when they don’t, accidents happen and people get hurt.

Just recently, a woman was struck crossing the …

Crashes don’t need to happen on the streets to require the services of a personal injury lawyer. There just needs to be an injury involving a vehicle. Here is a case in point from CBS Dallas-Ft. Worth.

Multiple Runners Allege Car Tried To Run Them Over

It’s scary for a pedestrian to get in an accident with a vehicle. It’s another thing entirely when pedestrians are deliberately targeted. Several women have come forward claiming that a driver tried to run them over while they were running. …

A man has died after having been struck by a drunken driver on North Central Expressway in Dallas early on Sunday morning.

According to police, 21-year-old …

One pedestrian has been killed while another has been critically injured after they were struck by a vehicle on Friday.

According to the Dallas Police Department, … 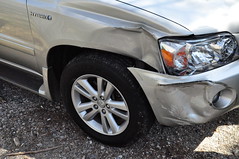 No one ever wants to be the victim of an auto accident. Not surprisingly, being in an accident as a pedestrian that was struck by a runaway vehicle can be even more problematic.

This is exactly what happened at this …

Woman Struck and Killed while Filling Car with Gas

According to authorities, a woman in her 30s, was struck by a car around 6:30 p.m.in the 1700 block of W. Northwest Highway. The police report indicates that the woman had been standing in the center lane filling her car …

A pedestrian has been hit by a DART light rail train on Monday afternoon at the Dallas Convention Center station and survived. According to investigators, the incident occurred during rush hour when a train was arriving at the station. A …

Three people were injured when a Trinity Railway Express train collided with a car near the Richland Hills station at 6:40 p.m. Tuesday.

Pedestrians on the Freeway Struck and Killed

One motorist was killed and another injured when they were hit by another vehicle along Fort Worth’s South Freeway on Sunday.

According to police reports, the two victims were involved in a crash on the service road at East Seminary …

Police in Forest Hill are investigating an accident that killed a pedestrian on Thursday afternoon. Witnesses report that the victim may have been running from police. He crossed a gas station parking lot then ran into traffic on Interstate 20 …

A man was left unconscious and with a broken leg after a hit and run accident while he was getting off a DART bus. Jerome Benavidez, 23, says he has no memory of the incident before finding himself on a Plano …

If you lose a loved one or become injured in a pedestrian accident, you need an attorney who is going to fight for what is best for you. Our aggressive attorneys have years of experience in Dallas courts and understand that the responsible party needs to
be held accountable. Review our resources and give us a call today for a free consultation.