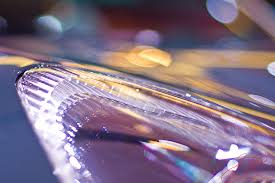 Driving under the influence is a very dangerous thing to do. For some people, though, they never learn and repeatedly put the lives of other people in danger. Sometimes that danger is realized.

A woman by the name of Hallie Young was driving under the influence on the North Central Expressway when she got into an accident and was arrested for her second DWI in as many weeks.

The victim this time was a single mother of two who was hit head on. She attempted to get out of the way of the oncoming car, but Young seemed to swerve into her direction no matter where she went. When she was arrested, she refused to follow police orders and remained belligerent and combative.

This was just a week after crashing her car in Frisco when she ran into a toll booth near Hillcrest drive. She was also arrested in 2009 for DWI in Dallas, although the court case was thrown out when the officer didn’t appear for court.

Related: 20 Year Sentence Given To DUI Driver That Killed Woman

With that kind of record, it is a wonder that she hasn’t hurt someone before now. Fortunately, a good legal team in Dallas can help the victim seek damages. You can understand why it is so vital that you have an attorney by your side that can fight on your behalf and keep going until they have received a monetary settlement that you are happy with. Don’t hesitate if you have been injured. Call today and schedule a consultation.