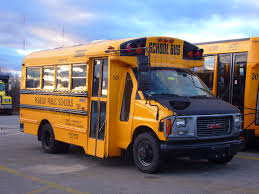 Accidents happen.  Accidents happen, and the drivers of school buses are not exempt from the effects of those accidents.  While we would love or them to be absolutely infallible, they’re not.  In this case, however, the fallibility of the driver didn’t end up with any fatalities.

Related: I-45 Crash Near Palmer Shuts Down Interstate For More Than 12 Hours

Nobody knows the reasons why the school bus was in the accident.  The driver could have gotten distracted from the fact that there were 40 to 50 potentially rambunctious students being transported.  Another driver, believing that there was enough room, might have cut in front of the bus.  Hopefully, police will learn the full details of the crash.

It was near Singleton Boulevard near 8am.  Five of the students onboard the bus were sent to the hospital as a precautionary measure, though everyone is rather shaken from the incident.  We wish the people who were involved a speedy recovery.

Crashes like this can happen any time.  While we believe that we’re invulnerable and invincible, we’re not.  It only takes a moment of distraction from the road to cause a wreck, no matter if you’re a professional driver.  Distractions, however small, need to be kept at a minimum.

Take every precaution that you can to be safe on the road, whether that means giving an extra 10 miles an hour to the bus that’s in front of you or making sure that you don’t drink and drive.  We’re here to help you sort out your accident if you happen to get in one.  Give us a call.