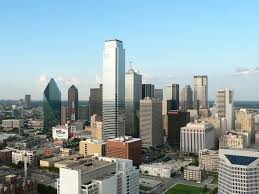 Whenever you are involved in an accident, it’s important to have good, solid and ethical advice in handling any case.

This may be the case involving a Dallas area elected official. District Attorney Craig Watkins and his offices have recently come under scrutiny for mishandling of public funds and a possible conflict of interest in an accident that Watkins was personally involved in.

Watkins’ office settled a claim last year, but he failed to notify his client, Dallas County, about the incident.

Those close to the matter, including Cantrell and other legal experts who were consulted, do not believe that Watkins can legally bind the county in a settlement unless county commissioners were notified and the settlement was approved. The District Attorney’s office did not notify the commissioners about the settlement until recently. The entire matter has been placed by Cantrell on the agenda so that it may be discussed publicly.

Related: How Long Will My Car Accident Case Take?

In February of 2013, Watkins rear-ended another vehicle on the Dallas North Tollway. He had been on his cellphone at the time of the accident. Watkins and his office failed to follow the county’s policy regarding reporting of accidents. Watkins’ office spent in excess of $11,000 of county forfeiture funds, or money that had been seized from criminals in order to pay for vehicle repairs.

The man whom Watkins hit then filed a claim against Dallas County and Watkins. In November of 2013, the case was settled by the Dallas County District Attorney’s Office, paying the accident victim more than $50,000.

Related: Arrest Made In Hit And Run Case On Southwest Durham Lane

Again, forfeiture funds were used for the settlement. According to legal experts, this more than likely violates current state law on acceptable and legal use of forfeiture funds. Also raising eyebrows in the case is the use of extensive non-disclosure language in the settlement’s legal documents. This language would prohibit the accident victim from speaking to the media because of the potential detriment it might do to Watkins’ career. According to the settlement, there would be a reversal of the settlement and an additional $5,000 owed if the non-disclosure agreement were to be breeched.

Neither Watkins nor his office responded Friday to the media’s requests for comment.

Related: When Will Your Car Accident Case Settle?

If you or a loved one has been involved in any kind of personal injury, give our offices a call. Even if there are no injuries or fatalities involved in your own case, filing your claim quickly is important. There are definite limitations as to when someone can file a claim against a City, County, State or even Federal Government entity. That is why having an experienced legal professional on your side is your best course of action. We can help you recover the medical costs, the expenses of ongoing treatment and pain and suffering to get you what your case is really worth. We are here to help you. Your initial consultation is free.