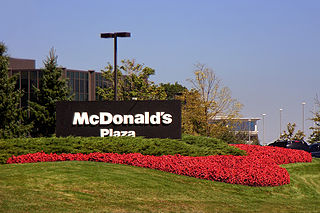 Financial compensation after personal injury or personal tragedy is not just a way to get money. It’s justice. It’s a way of making sure those who are responsible for losses suffered by another are made to pay for those losses.

A jury in Central Texas has ordered McDonalds to pay more than $25 million to the families of two teenagers who were killed in a car crash as they drove to the hospital following a fight outside the well-known fast-food restaurant.

McDonald’s has issued a statement to say it will appeal the verdict.

The families of the 18-year-old man and the 19-year-old woman who were killed believe McDonald’s lack of security led to the death of the teens in 2012.

The two were with another couple when they went to the restaurant. A mob beat up the two young men in the parking lot. When their girlfriends tried to get them to a hospital, the driver ran a red light and a pickup truck slammed into them, killing the 19-year-old woman.

According to the attorney for the families of the victims, this was not the first incident of fighting in front of that restaurant. He states evidence shows police were called to that location more than 20 times in the year previous to the attack to break up fights. The families believe there should have been better security there, given its history.

Witnesses say the young man died in the parking lot, assaulted by more than 20 attackers. McDonald’s, on the other hand, claims the victim died in the car crash that followed. They believe themselves to be free of responsibility in this matter.

One attacker received a 90-day sentence in jail for the assault. There was no one else arrested.

If you or your loved one has suffered due to the recklessness or negligence of someone else, you deserve legal compensation. Contact us for a free consultation and we’ll do everything we can to make sure your case reaches its best possible resolution and the people who caused you harm are held responsible.