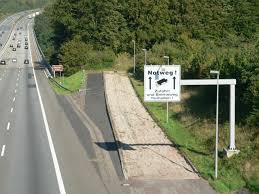 Four people are dead and a dozen more are injured after a semi tractor-trailer collided with a bus carrying the women’s softball team from a Texas community college. According to investigators, it appears that the truck driver made no attempt to avoid the fatal collision.

Related: What Should You Do When You (or a Loved One) Gets Hit & Injured by a Car?

The truck, being driven northbound on Interstate 35 near Davis, Oklahoma, rather than following the curve of the road, the driver continued straight. The commercial vehicle continued off of the road for 820 feet, through a median and struck the southbound charter bus that was carrying 15 members of the North Central Texas Community College softball team. The bus was being driven by their coach.

Even after striking the charter bus, the semi-tractor trailer continued an additional 300 feet, and continued toward trees, uprooting several of them.

According to Sumwalt, the trajectory from the accident to the trees was a straight line.

It is uncertain whether the driver of the truck was asleep at the wheel, suffered a medical issue, mechanical failure, or was distracted at the time of the crash.

A dozen people were reported as having been injured in the crash. Currently all have been released except two who remain at the Oklahoma University Medical Center. They have both been upgraded from critical to stable condition.

The Oklahoma Highway Patrol has identified the four players who were killed in the crash as Meagan Richardson, 19, Brooke Deckard, 20, Katelynn Woodlee, 18, and Jaiden Pelton 20.

The team was returning from a scrimmage against Southern Nazarene University in Bethany, Oklahoma.

If you or a loved one has been involved in an accident involving a big rig or 18-wheel tractor trailer, give our offices a call. Our attorneys will take the time to meet with you to the details of your case and will outline several options for your particular case. Medical costs, long term treatment and rehabilitation and ongoing expenses can all be a part of your accident claim. We are here to help you. Contact us today for your free initial consultation and legal analysis.