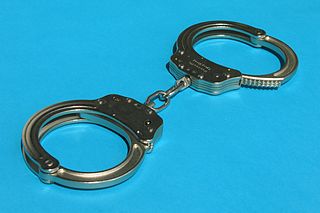 A suspected hit-and-run driver who blamed his victim for the accident was charged and was confined to house arrest.

Police officials said Jerry Lewis Davis, 30, turned himself in without incident after his mother demanded that he surrender to law enforcement personnel.

Lisette Hernandez, 22, was in a crosswalk on Elm Street and headed downtown to her place of employment when the accident occurred.

Hernandez said that the crosswalk signal indicated that she had 15 seconds to get to the other side of the street before the traffic light changed again.

“This car is coming and I just turn into a deer in the headlights,” she revealed. “Because of the speed that he’s going at, and in the back of my head, I’m like, ‘I’m about to get hit.’”

She also explained that she recalls how the driver didn’t pull over to help. Instead, he loudly yelled at her.

“He said, ‘That’s what you get for crossing the street like that,’ and then he takes off.”

Although Davis’ alleged actions led to him being charged with a third-degree felony, his mother disagreed with Hernandez’s interpretation of the events.

“I raised my kids to be respectful,” she said. “I know he didn’t say [anything] like that.”

Hernandez was taken to a hospital after the accident and was treated for injuries she received. The young woman recently said that she’s recovering and beginning to feel stronger.

Make sure that you have the best legal representation possible if you or someone you know is involved in a car accident. Contact the our firm, a Dallas car accident law firm, .