Crash to be Investigated as DUI 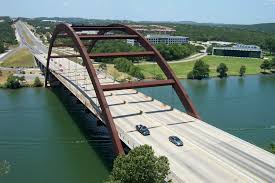 One man is dead while another is critically injured after a two vehicle accident on State Highway 360.

The crash occurred on Friday morning at approximately 2:15 a.m. in the southbound lanes of 360 on the eastbound ramp interchange heading to 183 when 4-door Chrysler sedan hit the embankment, then struck a Toyota Camry that was following closely on the ramp.

According to investigators, the passenger who was in one of the vehicles was pronounced dead at the scene of the crash. The driver of the Toyota was airlifted by CareFlite to Parkland hospital and has been listed in critical condition.

Police indicate that the driver of the Chrysler was taken into custody on suspicion of DWI. While the crash is still under investigation, authorities believe that speed also played a role in the accident.

Accidents involving alcohol can have serious and sometimes tragic results. If a driver is convicted of DWI, , even with a first time offense, that person could spend years in jail, face heavy fines, many hours of community service, face paying reparations and damages as well as loss of license, insurance coverage or both.

Related: Thousands of People Arrested for DUI in just 18 Days

If you or a loved one has been involved in a serious car accident where alcohol has been a factor, give our offices a call. Our lawyers have many years of experience in the Texas legal courts with DWI cases. We can help you to recoup not only the cost of damages to your own vehicle, but also can help you be justly compensated for the costs of medical treatment, loss of work or wages, pain and suffering and possible permanent disability as the result of an accident. We can also help you to deal with the insurance companies and health providers as well as other long term care issues.

We will assist you in finding the best possible course of action for you and your loved ones to take. Your initial consultation with one of our lawyers is free. Contact us today.